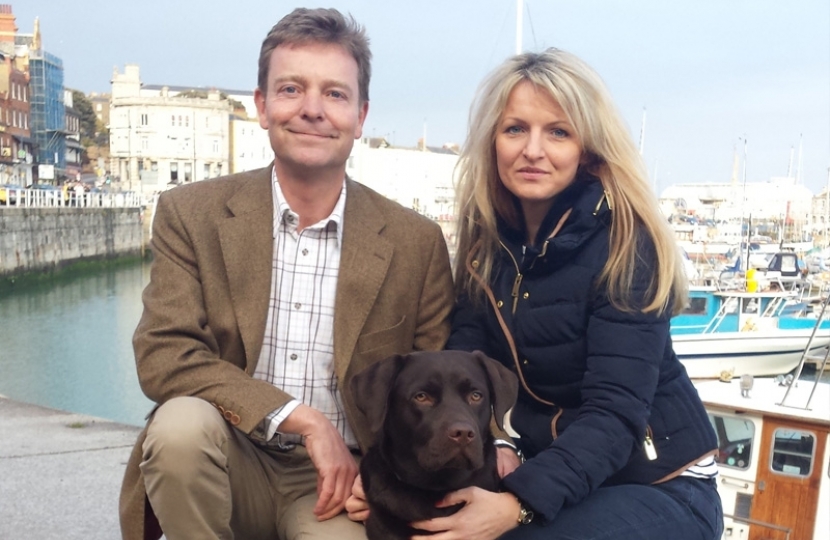 My family was born in Kent, mother in Faversham, father in Gillingham. They always tell me that they came back from honeymoon in Bournemouth in 1957 with “ten shillings in their pocket” (50p in new money!).

My father ran a small chain of independent greengrocers across Gillingham for many years following National Service in Germany. It was in the shops that I had my grounding in business from as soon as I was able to walk. Later, my father started a fresh produce import company in Sittingbourne supplying to most major supermarkets.

I was born in Chatham, educated at Rainham Mark Grammar School and then attended Birmingham University and studied Zoology and Comparative Physiology.

A strange degree to take some might say, but I returned to my business roots and joined a national firm of Chartered Accountants and took the appropriate professional examinations to become a member of the Institute of Chartered Accountants in England and Wales, and then more examinations to become a member of the Chartered Institute of Taxation. There are only about 1,500 nationwide to be qualified members of both of these professional bodies. I recently took a further qualification allowing me to conduct probate work more usually associated with Solicitors.

I remain in practice as a partner in a Kent firm of Chartered Accountants, with a staff team of 25. I know what it is to run a business, and through the huge network of clients, know the difficulties and realities of business life on the ground.

I have been a magistrate in Kent for 10 years. Far from being removed from the effects of anti-social behaviour, the realities of drugs in our community, how victims feel, and the effects of criminality, I have real experience on a regular basis.

I stood as the Police and Crime Commissioner candidate for Kent in the first elections held in November 2012 but was sadly unsuccessful. Many in Kent, given the appalling performance of the winning candidate, now wish they had voted differently, or indeed had taken more interest to vote.

Crime, policing and justice issues remain high on my list of priorities.

I have been a volunteer for the Charity Tax Help for Older People (TOP) covering Kent, which provides help for pensioners, often newly bereaved. I am additionally a trustee on a number of well-known Kent charities, notably The Chatham Historic Dockyard Trust.

I have served as a Councillor in Kent for 8 years.

I am married to Kati, a community pharmacist. We now live mainly in Ramsgate, close to the harbour, and have a growing puppy – Libby, a chocolate Labrador.

I am a keen sailor and a regular competitor at Ramsgate week. I have kept my ageing old boat at Ramsgate for some time.

I was a member of the Round Table organisation for 23 years and was Kent Area Chairman in 2007. When I had time, I thoroughly enjoyed amateur theatre, and played “Alfie” (role famously played by Michael Caine in the 1960s film) at Medway Little Theatre.