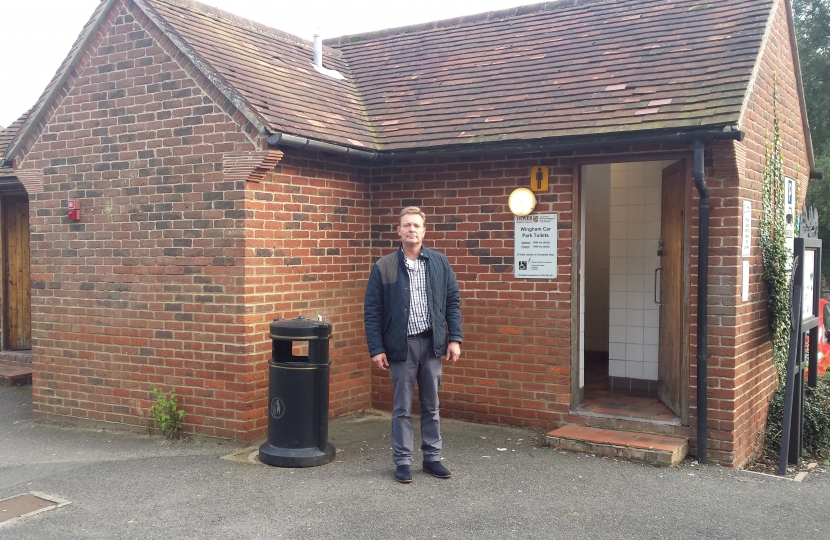 Craig Mackinlay, Member of Parliament for South Thanet is launching a national campaign to exempt local authority run public loos from Business rates. For parish and town councils, the non-domestic rates bill can be a significant total of the entire local precept.

Using Wingham, within Dover District, as an example, its Parish Council alone paid Dover District Council almost £8,500 last year to keep the village toilets open. Of this sum, more than £2,250 was on National Non-Domestic Rates, otherwise known as business rates.

Craig Mackinlay says, “Toilets are a public good and should not be treated the same way as commercial premises by being charged business rates. For visitors, public conveniences are often the first thing they see…. and the last thing they remember!”

The South Thanet MP has formally asked the Department for Communities and Local Government to reveal how much money it collected from all tiers of local authorities in England & Wales in the last three financial years from non-domestic property tax levied on public conveniences.

The British Toilet Association estimates that two-out-of-five public conveniences have disappeared in the last decade, in part because business rates makes them costly to run. The organisation notes that, “Having access to clean, hygienic toilets when we need one is simply about our basic human rights. This is even more urgent for individuals who suffer from medical conditions that require them to have immediate access to the toilet.”

The National Association of Local Councils says that, under the terms of the 2007 Sustainable Communities Act, councils can make representation to central government to “remove legislative or other barriers that prevent them from improving the economic, social and environmental well-being of their area.”

Roger Berry, the Managing Director of Healthmatic, a company that specialises in the design and management of public toilets, says “This issue was discussed by the Prime Minister during the election campaign, so I fully support the pressure that Craig is bringing and trust that he will be able to secure a nil rate for public loos.”

Craig also commented, “When George Osborne addressed the Conservative party conference this week, he promised to allow local authorities to keep a greater proportion of business rates under the government’s root and branch review of this area of local taxation. I would like an urgent, and more immediate exemption from this inconvenient tax which simply circulates unnecessarily between areas of government.”