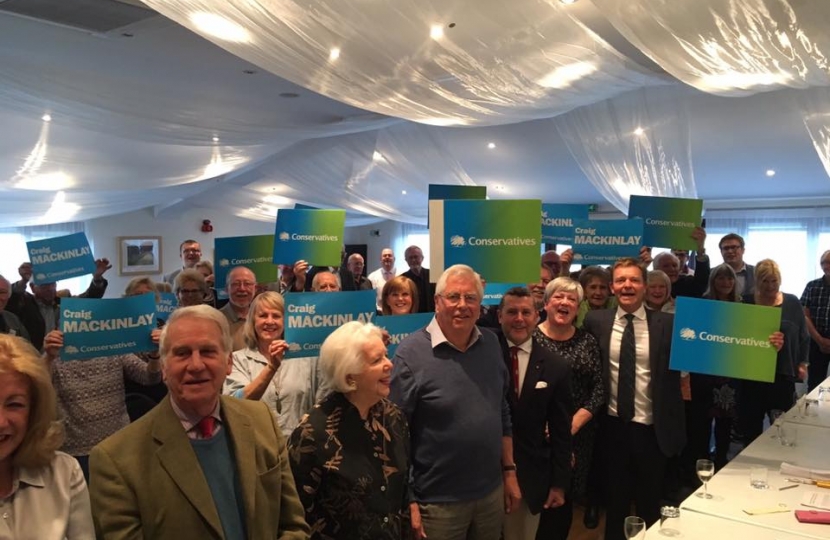 At a well attended re-selection meeting of #SouthThanet #Conservatives, It was an honour to have been re-adopted as the official candidate to run on June 8th.  We've achieved a lot together during a historic period in UK politics. This election is partly about #Brexit so that the Prime Minister can deliver on your referendum instruction, a referendum that I fought hard to deliver for 26 years.

It is also about keeping our growing economy on track.

For me locally it means continuing the job of new thinking to deliver regeneration. We're starting to see the fruits of that in Ramsgate.

It means keeping the faith of an aviation future for #Manston. It's about working with other Kent MPs to fight together for county-wide infrastructure improvements.

It's about delivering on the things that we collectively agree upon - banning live animal exports out of #Ramsgate port for instance.

It is about delivering on projects in #Sandwich and the Villages.

It is about improving jobs and opportunities across the constituency, regenerating #Cliftonville.

It is about providing a first class service to constituents through my constituency office at times of need when support is required.

Too often the job has involved being the voice of reason against Thanet District Council as they stumble between poor decisions.

It is about representing you on national issues in Westminster.

It is a varied role, it is an interesting role and I'd like to continue to represent you after June 8th.