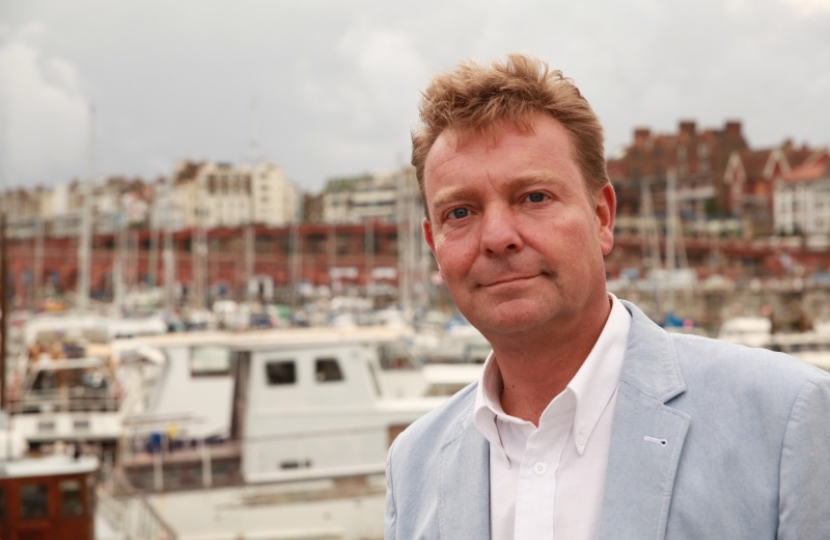 Craig Mackinlay MP, Member of Parliament for South Thanet last night expressed his disappointment that HSBC are undertaking branch closures across the constituency.  Today, HSBC confirmed to local customers that bank branches in Sandwich, Broadstairs and Cliftonville face closure as part of a company-wide reorganisation.

Customers will be reassigned to nearby branches.  Customers in Sandwich will be moved to the Canterbury branch, a 13-mile journey.  Meanwhile, Broadstairs and Cliftonville customers will be transferred to the Westwood Cross branch.

Last Tuesday, the bank’s plans were discussed at length between Craig Mackinlay and Adrian Keane-Munday, Deputy-Director of HSBC for the Southern Region in advance of the official announcement. During the lengthy call, Craig Mackinlay raised the large distances customers could be forced to travel as a result of the closures.  He pressed the bank to consider the potential damage to communities before finalising their decision as well as pushing the bank to secure the futures of the staff in the local branches.  He also asked the bank to guarantee postal services for affected customers who do not have computer access.

HSBC have since confirmed in a letter to Craig Mackinlay that no staff would face compulsory redundancy as a consequence of this decision.    The bank also offered to provide Freepost envelopes to affected customers to allow them to continue to cash cheques locally and customers will benefit from 7 day opening and extended hours at the Westwood Cross branch. It was explained that many over-the-counter services can be transacted at Post Office branches.

The concerns of customers who raise their complaints and concerns with Mr Mackinlay’s office will be addressed directly by HSBC’s senior management.

Craig Mackinlay MP commented: ‘While, I remain hugely disappointed about this decision – especially given my private campaign - I am pleased that my pleas for pre-paid envelopes and no compulsory redundancies have been heard.  I accept the business of banking is changing but I had hoped that HSBC might reconsider this decision. The Sandwich branch occupies a historic building close to the Guildhall, the future use of which I will monitor carefully.  Any customers who have concerns or complaints can contact my office who’ll raise their comments with HSBC’s senior management directly.’