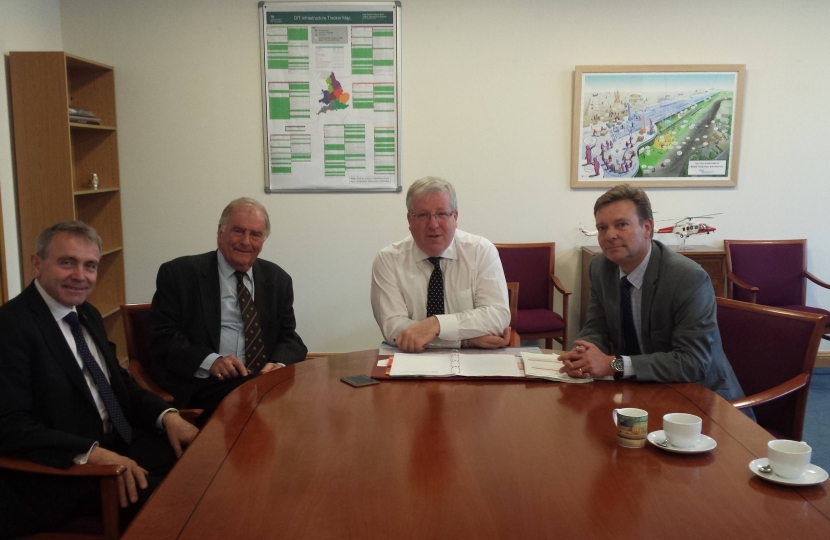 The Secretary of State confirmed that the draft report was simply subject to minor amendments to be agreed and will be released as soon as possible.

The draft report confirmed that there are no impediments for a CPO to be implemented by Thanet District Council (TDC) and it is now down to them to negotiate legal agreements and appropriate indemnities with RiverOak.

Craig Mackinlay MP said “I have now fulfilled my election 5 point plan for Manston; most notably the continued support from the Department of Transport and Downing Street who share my vision for a successful operational airport in East Kent. We have taken a great leap forwards today.

“The Department stands ready to assist with the reinstatement of a CAA license as soon as a CPO process is completed and Manston Airport is ready to re-open and receive aircraft.”

Sir Roger Gale MP said “Given the continued determination shown by the Leader of Thanet District Council and by RiverOak, the prospects for real progress towards a restoration of the airport and the creation of a viable business are good.

“I thank the Secretary of State for his continued support for Manston, a result of intense lobbying by myself and Craig since its closure last year. I now hope that the CPO can progress and that the airport can become operational early next year.”