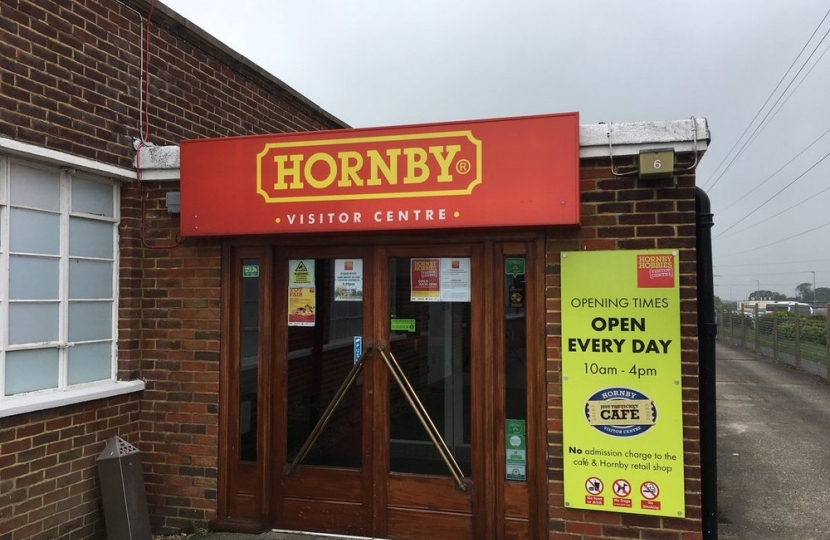 South Thanet’s Member of Parliament, Craig Mackinlay MP, has enjoyed a tour of the Hornby Visitor Centre in Margate in anticipation of the opening of a world class locomotive museum.

Up to 35 locomotives and rolling stock are coming to Thanet, including the ‘Bittern’ - sister to the famous record breaking steam loco ‘Mallard’ which arrives in the next few days.

One year ago Locomotive Storage Ltd (LSL) purchased the Hornby Margate site which, apart from the Visitor Centre which continues under a lease, had lain empty since Hornby vacated in 2015.

Part of the site is a high bay warehouse of some 120,000 square feet. Over the past year the warehouse has been progressively adapted to accept railway locomotives for storage. Locomotives, weighing up to 140 tonnes, will be delivered on a low loader so considerable work is continuing to be carried out to ensure the suitability of the structures.

The Margate site will be kept as a venue for “resting” assets which can be brought up to display standard and the facility opened to the public.

“My visit to the Hornby Centre left me with a smile on my face all day.

“The size and scope of what is planned by a new philanthropic investor, Jeremy Hosking, who collects what can only be described as the biggest ‘boys toys’ in the world left me astounded.

“Over the next few weeks we will have, on our doorstep in Thanet, the start of one of the most significant locomotive museums in the world as part of his collection is installed within some of the warehousing that was once at the heart of the Hornby company’s operations.

“This is going to be a world class museum. Fantastic!”