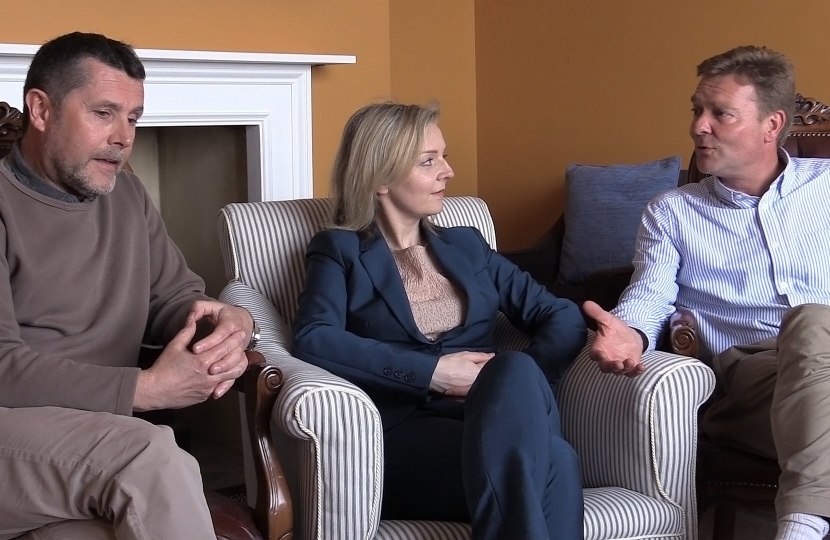 Environment Secretary Liz Truss praised the work being done to protect Sandwich from flooding when she visited South Thanet on Friday.

“I was delighted to hear about what the £21.7m in capital investment the Conservative-led Government has made in Sandwich’s flood defences has done to secure the town’s future.

“Craig Mackinlay has made it very clear to me what this means to local homeowners. I pay credit to Craig’s as well as local Council Candidates and Councillors’ work in getting things done for local people.”

Describing the impact the flood defences have made on local residents, Craig Mackinlay commented: “When the project is completed later this year it will protect 488 homes and 94 businesses.

“These are people who now have the security of knowing their own hard-earned homes and businesses are protected from the elements.”

“Despite Sandwich suffering in 2013 its biggest tidal surge in 60 years, 219 homes were protected from flooding by the partially constructed defences.”

MJ Holloway said, “Previously, homes in Sandwich had a one in twenty risk of flooding. As a result of the investment the Government has made it is now just one in 200.

As a local homeowner I can say the difference this has made in allowing me to find suitable home insurance has been extraordinary. Knowing my home is secure is of the upmost importance to me and my family”.

“The new flood defences also protect our heritage and encourage regeneration of the town.  With this security and the decision by the Conservative controlled Town Council to bring the town’s copy of the Magna Carta back to Sandwich, this really is our moment to put Sandwich back on the map for the benefit of all our community – that’s what the Conservatives are offering in this election”

•           The partially constructed new defences saved 219 homes from flooding in Dec 2013 when Sandwich suffered its biggest tidal surge in 60 years;