Laura Sandys MP - Immigration down by almost a third 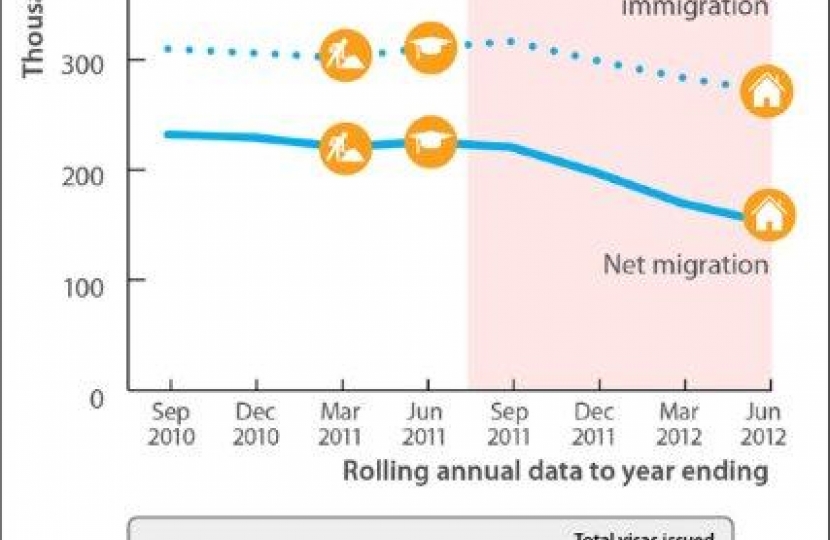 Since May 2010, Conservatives have been working hard to bring immigration under control. We are reforming all the different routes of entry into the UK and the numbers are coming down as a result.

That's why I wanted to let you know about the latest encouraging figures just published by the Office for National Statistics:

Sponsored student visas for UK universities have increased by 3% - showing that whilst we are ending the widespread abuse of student visas, we are still ensuring that our world-class universities can compete for overseas students

Today's figures show that we're cutting out abuse and making our immigration system much more robust.

We are putting a stop to the uncontrolled immigration we saw under the last Labour government and creating an immigration system which truly works in our national interest.