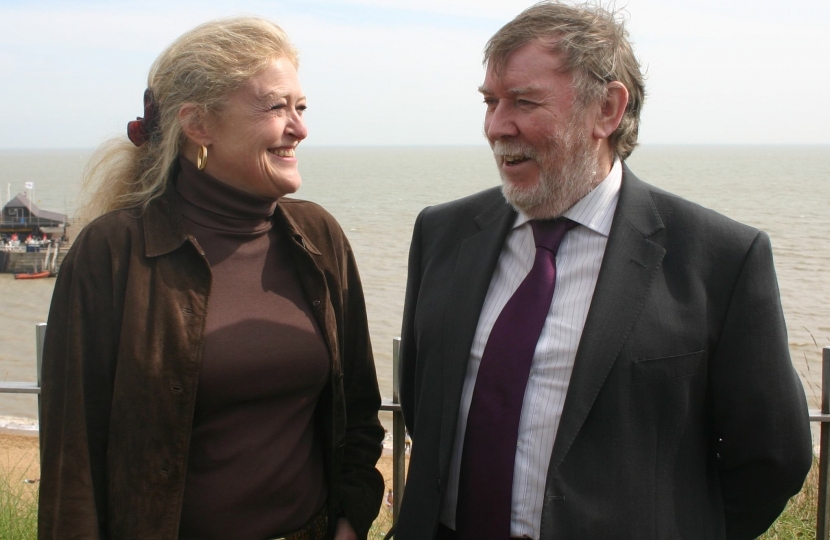 It’s been quite an eventful time since I wrote my last column.

It was announced that the Olympic torch would be coming through Thanet, Margate won yet another award, and the Queen and Duke of Edinburgh came to town!

There was very stiff competition to have the Olympic torch visit places on its journey around Britain in the run-up to the Games in London next year.  I am delighted that we were successful in our bid and that the torch will come to Thanet on July 19.  While the relay will pass within ten miles of 95 per cent of UK residents, for much of its journey it will be in a vehicle convoy.  It is really quite special that it will be carried through our district by a series of torch bearers.

The route will be from Pegwell to Birchington, and everyone will have the chance to share in this unique event.  I hope that communities across the isle will want to celebrate the occasion, and that there will be many activities along the way to make the day really special.

The Academy of Urbanism is an independent group of highly regarded experts in the field of the built environment.

Each year they make awards recognising the best, most improved and most enduring urban environments.  This year they named Margate Old Town Great Neighbourhood 2012, beating Accordia in Cambridge and Borough in London to the prize.  This most prestigious award is further recognition of the remarkable transformation which has taken place.

The real show-stopper though was the royal visit.  The town looked great, even on a typically grey November day.  The crowds were good-humoured and I felt that the sense of pride in the place was tangible.  The royal couple didn’t disappoint, and made many people’s day by stopping and chatting.

It was fitting that they spent much of their visit in the Turner Contemporary.  Its success, under the leadership of John Kampfner and Victoria Pomery, has justified keeping faith in the project, in the teeth of largely hostile public opinion.  Long may this success continue!