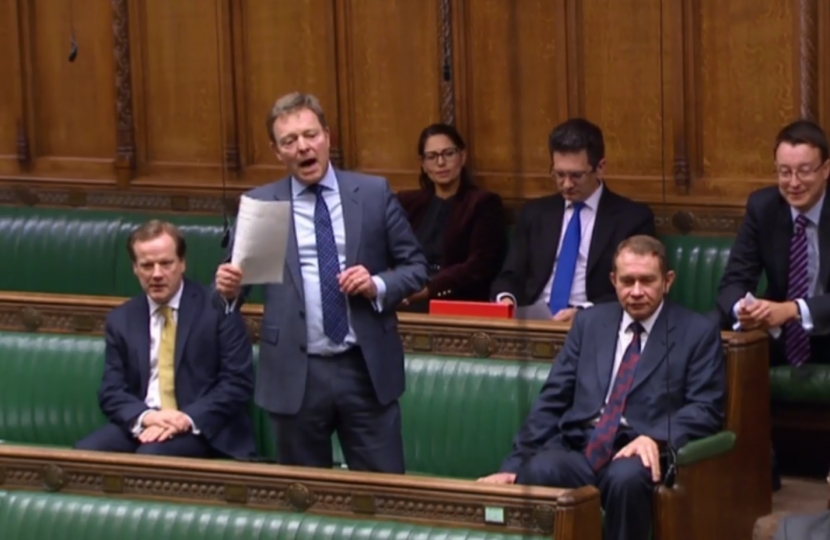 Craig Mackinlay MP has backed the Government’s contract with Seaborne Freight to charter additional ferry capacity in the event of a no-deal Brexit after the Transport Secretary, Chris Grayling, assured him in the House of Commons today that there will be no taxpayer cash for Seaborne Freight unless they deliver the Ramsgate-Ostend ferry service.

Craig sought reassurances from the Secretary of State during an Urgent Question on Seaborne Freight tabled by Labour’s Shadow Transport Secretary, Andy McDonald MP, during which MPs questioned the Government about the £13.8m contract.

“If the government were to do no planning for Brexit eventualities, they would be condemned and now they are actually doing sensible planning, they now face derision.

“There are people in this House who don’t seem to be listening.

“Could my Right Honourable Friend [Chris Grayling] say once more that if [Seaborne Freight] do not run the services that they suggest, there will be no cash for them?”

In answer to Craig’s question, Mr Grayling reiterated that the Government will not pay monies to Seaborne unless and until they provide the ferry service agreed in the £13.8m contract.

The Transport Secretary went on:

“It’s disappointing to hear the Labour Party so opposed to the regeneration of the Port of Ramsgate.

“It’s not so very long ago that the Labour Party represented Ramsgate in Parliament.

“They do not deserve, given this negative attitude, ever do so again.”

Speaking after his question to Mr Grayling in the Commons, Craig commented:

“I welcome the dredging and improvements now taking shape at the port of Ramsgate at no cost to local taxpayers.

“The Transport Secretary has been absolutely clear: if there is no service there will be no money.

“In the meantime our port will be upgraded and the sea approaches, always subject to extreme silting, will be dredged at somebody else’s expense.

“This is a regeneration bonus for Ramsgate.”